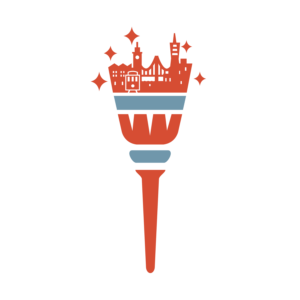 Today on the market, CNN reports on the vice president of Apple Pay, Jennifer Bailey, making some interestingly bullish comments about the future of crypto. Therefore, we are going to be focusing over this report and a recent spike in the google searches for Bitcoin.

Nothing should be considered financial or investment advice. Enjoy the ride.

The huge news in the market is that Binance trading is moving back into the U.S. after regulatory approval for select larger crypto assets. Although, I am personally more interested in Apple Pay’s vice president and what she thinks about the new emerging asset class.

In a recent interview, Bailey was more than optimistic about the future of crypto saying it has long-term potential. In addition, she mentioned that Apple was watching the market and blockchain industry closely. The Apple Pay branch of the company itself recently launched their own Apple card as they bridge more into the world of payments.

Likewise, companies like Square have been constantly hiring blockchain engineers and more than likely trying to experiment with blockchain development on their own end. Facebook is the other tech giant that everyone knows tried to launch their own currency, Libra, which was shortly halted due to congressional concerns. Clearly, the giants are all starting to access this industry more directly and wonder where they can get into the market.

At the end of the day, Apple will more than likely try to enter this market at some point. If not on the payment processing side, Apple could offer to host crypto wallets that come native to their phones to test the waters so to speak. It would not make sense for any company to try and create their own currency similar to Libra after both Facebook and JP Morgan both have tried and seemingly failed thus far to do so thus far. That being said, both projects still are being developed.

In terms of adoption and community, only the decentralized or seemingly decentralized currencies on the market will be sought after by most crypto investors. Libra also will definitely not help Facebook gain any credibility on the market which already distrusts it more than any other company.

Overall, the main focus should be on how these companies will effect the crypto market. Any new point for entry or exit into the market should be mainly viewed as positive growth for crypto. Therefore, companies that are launching blockchain projects that support the industry through infrastructure and liquidity are helping push the continuing bullish sentiment. Even Facebook’s Libra coin helped bring a serious crypto based discussion straight to congress’s door step. Therefore, even Libra is good for the industry especially since at one point they were in talks with Binance to potentially include the coin on their trading platform.

Since Bitcoin has been holding over $10,000 for an extended period of time, the main stream media is starting to catch on. More and more articles about the digital assets are starting to emerge across the traditional markets, and it seems you can not watch a financial channel anymore without Bitcoin at least being mentioned at some point.

A majority of investors are look at this indication explicitly for the next coming bull run. This is due to the fact that last time Bitcoin surged in search rankings was back in 2017 when the price shot up exponentially. Therefore, this is a much larger indicator then most of the other adoption announcements and even financial vehicles that have popped up. It is a great idea to keep a close eye on the search rankings, but more than likely this is a after the fact indicator than a anticipation to a run up in the price.

Could Bitcoin Reach $50,000 By December | Faketoshi Blames The Hurricane

ADA is Launched on Binance US – Institutions Could be Holding Crypto Back...
Scroll to top